Yeah, I am going there. Politics is not a normal topic for me, but I have witnessed so many irrational, unhelpful comments and arguments on this topic, I feel like I need to weigh in. Enough fear mongering! Enough inflammatory rhetoric! My hope is to present some sensible observations.

But, since I am going for sensible and not sensational, I am fairly sure no one will take notice. 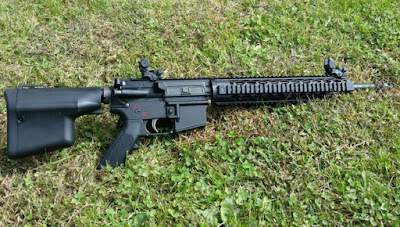 It also requires that people who are sensible, responsible, and inclined to own them have access to weapons and ammunition. Every house on the block is partly protected by the possibility that the owner inside has home protection weapons. A home need not have guns. Just the potential that it does is a deterrent.

So, how does society achieve this? It will not be easy, and no one will be fully satisfied.

There is just no way around it. Keeping guns in the hands of hunters, shooters, and home protectors, but out of the hands of those not deserving them will, inevitably, mean that it is more complicated to get guns and ammunition.  However, if something is worth having, it is worth planning ahead and working for.

Look, hunters plan for hunting season months in advance. Long before they go hunting, they have put hours and hours into planning their hunt. Part of that plan can be jumping through gun and ammo control hoops. Getting through the red tape needs to just be part of the process.

Similarly, shooters need also to suck it up and accept that they need to plan ahead and be ready to go through an annoying, but necessary process.

What kind of red tape do I imagine?


Graduated permits/licenses connected to the hunter's/shooter's purposes. Require hunters and shooters to demonstrate responsible behavior with simple firearms before allowing them to purchase more efficient killing devices. Guns should be permitted/licensed with mission-intent. That is to say, a permit to have a deer rifle would be different and cover different weapons than a permit to have a bird gun or a permit to have a handgun. The end result is that a track-record of responsible use would be needed before "assault style" weapons could be purchased. Just because I have a license to drive an F-150 does not mean I am allowed to drive commercial trucks or semis hauling harzardous materials. I have to, in order to drive different trucks, qualify and demonstrate proficiency to do so. Pattern gun rights after this, and we are making headway.

Severe penalties for possessing a weapon that is unpermmited or not in line with the hunter/shooter license/permit. The arguement that, if you take guns away from law abiding people, then only criminals would have guns is, though used irrationally and in inflamatory ways, more or less accurate. Creating a strict path for hunters and shooters to obtain weapons begs for harsh penalties handed out to anyone who does not follow that path. Again, the goal is to keep guns available to hunters and shooters, and to those wanting a weapon for home protection, but out of the hands for those who would use them to the detriment of society. If we make the laws that allow guns to be had complex, then the penalty for not following them MUST be severe.

Mandatory, un-appealable, harsh prison time for crimes committed while in possession of a weapon. This hardly needs explanation. Make the penalty statutory, bypassing the judge's ability to set it asside and lawyer's capacity to delay or mediate it with appeals. Of course, committing a crime while in possession of a gun would revoke the convicted person's right to have guns in the future–at least for a LONG time.

Limiting amuntion sales (including sales of primers) to mission-related purposes. Do you really need 500 rounds to go deer hunting? Not unless you are the luckiest deer hunter ever! Do you need 500 rounds to go target shooting? Maybe, if you can afford it. If you have a gun solely for home protection, you really probably only shoot a couple of rounds every now and then. A minimal stock of ammo is all you need. Linking the ammo sales to a specific purpose creates headaches for hunters and shooters, but makes sense in light of the number of guns already in existance. A system could be–albeit not easily–established where ammunition is available as NEEDED to support hunting and recreational shooting, while still making it difficult for the un-permitted, unlicensed to obtain it. I would envision that a shooter who has an advanced permit/license could obtain the ammo s/he wants for an outing. Akin to credit card companies setting and raising credit limits, the permitting/licensing system could establish ammo limits based on shooting history and patterns. Certainly, this is NOT easy, and yes, it taps into some level of privacy concerns. But so does shopping with a credit card, searching on Google, watching Netflix, and even looking up things for on-line shopping. A smilar approach could be connected to gun permits/licenses stipulating how much (if any) ammo a person could obtain at a given time. Remember, the goal is to keep a minority of people who would misuse guns from being able to ruin it for everyone else!

Besides making it harder on hunters and shooters and establishing harsh penalties for those who violate regulatory rules, the other side of the situation also needs attention. Social and mental health interventions need to be established and enacted to change the context out of which much violent gun crime emerges. Society is the incubator out of which all people grow, and where society is maladaptive, some people emerge who are predisposed to act in harmful ways. Working at the root of the problem is vital.

I cannot count the number of violent gun acts that have, in the last five years, been carried out by people who were mentally ill. Yet, mental illness in the USA is under-identified, over-stigmatized, and under-treated. Depression and other illnesses lead people to a place of hopelessness and despair, and sometimes to acts of violence–violence that is often expressed with firearms. Bolstering the mental health system in the USA and making it less restricted by insurance companies is a much-needed step in creating a mentally healthier society at large.

While discussing the relationship to mental wellness and guns, I would suggest that part of the permitting/licensing process would be a simple form on which a doctor, a general practitioner, could check boxes to say that nothing emerged during an annual check-up that would preclude the person from safely owning and using a firearm. Yeah, I just got way out there! Now, the doctors are mad at me, too. Look, I see it like this–if my doctor can tell me that, following such and such a procedure I should not drive a car or operate heavy machinery for some number of days/weeks, they can also weigh in on the appropriateness of giving someone a 9mm handgun or deer rifle. Yearly renewal of the gun permit/license should require a doctor saying that s/he saw no reason to deny issuing the permit/license.

Social interventions need also to be put in place. Decreasing unemployment, improving education, dialing down the influence of gang culture, and generally creating a more positive social context in our neighborhoods would have a sweeping impact on violence. I have heard this claim championed by more than one mayor of more than one large metro area.

As I now turn to closing out this blog, I reprise my expectation that nearly no one will ever read this. My failure to be inflammatory or to sensationalize the issue probably makes my ideas very uninteresting.

Nevertheless, my belief in finding a middle ground sums thusly:


The middle ground, when we find it, will allow hunters, shooters, and those wishing to have a firearm for home protection to have the weapons and ammo that they desire, tied by license and permit to the purposes they have expressed and connected to their history with weapons. People with a history of violence and those deemed mentally unsuitable for a firearm will be precluded for possessing them. The end result is that healthy, deserving, well-intended people will have guns and those that would use them to harm society will not.

I believe this is a middle ground in which we can live.

Posted by Bill Snodgrass at 1:47 PM No comments:

Hitting the Spots: Control is the Key

Control type things... Stick with me on this one...

I was driving between places earlier today, and paused to take a picture of a gas meter and a fire valve on the back of a building. I liked the image and wanted to caption it with something potentially inspiring for Instagram, and I came up with the idea of control.

While Chicagoland and Northwest Indiana are experiencing weather such that temperatures hitting a high near 30° Fahrenheit means a warm-up of over 40°--weather that naturally makes one think of hockey, the idea of control reminded me of baseball. Of pitching, to be more precise.

In pitching, control is everything. It doesn't matter how hard you can throw or how much your breaking ball moves, if you can't control it, you won't be successful. If you don't throw strikes--if you can't "hit the spots," your pitches won't matter. Life is like this, too.

Living recklessly, without discipline, without mature decision making--living out of control makes being successful (however defined) highly unlikely. No matter "how hard you can throw," if your life is out of control, then the results of your efforts will be uncertain. Control is as important in life as it is in pitching.

Your talents and skills need to be used in ways that line up with your values and goals. Your actions need to be kept in line with your moral compass. Spending needs to be guided by controlled decisions. Your thoughts need to be deliberately focused on reality and the things that move you in the direction of success, however you define it. Diet and exercise need to be engaged thoughtfully and healthfully. You need to find balance in all things and discipline yourself to stay in control.

My oldest son played baseball as a youth at a fairly competitive level. For a while, he took pitching lessons, and one fall and winter, his instructor was a soon-to-be major league pitcher. In one of his lessons, he was told that pitchers spend hours and hours in spring training just raising their leg and finding a balance point. Striking balance at the beginning of the wind-up starts the process of being in control of the whole body throughout the pitching motion, and that control ultimately leads to being able to control the pitch.

Balance is vital to life. Finding that starting point and maintaining control is vital to success.

Your life is the pitch and you are the pitcher. Crazy, no?

Control can be achieved, but a lot of times it is great to have help. Spring training prepares pitchers and gives them the physical skills and techniques so that they can maximize the use of their talents. In life, we have people who can come along side us and share life with us to help us maximize the use of our talents as well. Developing control is

Put into your life the control type things (habits, practices, friends, accountability partners, etc.) that will help you manage your life!

Posted by Bill Snodgrass at 10:28 PM No comments: