At the risk of offending people...

Don't you hate it when people start off that way? They know they are saying something that will offend people. Why?

As for me, I am writing this because I believe my thoughts on the forthcoming matter will enhance people's understanding of themselves. I believe they will ultimately be better off if they consider my remarks--my critique--knowing my reason for sharing them is to help them live better in relationship to God.


I have been in a number of churches and worship centers where people--either leaders or laypeople--have declared how excited they are that "God showed up" on that particular day. I have heard prayers saying something like, "Oh Lord, please come into this house..." or "we really need You God to come to us."

Well... God is already there. No, really.

IF there is a place in creation where God is not (an idea violating pretty much all of orthodoxy), would it be in a place where believers gather?

Now, before all the readers hit the back button, let me acknowledge that I have been in services where the people were strongly moved by the presence of God. I totally understand what it is that those asking for "God to show up" desire.

My critique is the words used to ask for it.

We do not need to ask for "God to show up." God is already there. We need the Spirit of God to drive out of US all those things that stand between us and God so that we can experience God's presence--a presence that was, is and will be, like the prodigal son's father, always there awaiting us.

When we do not feel the presence of God strongly, it is not because God is not present. It is because we are oblivious to God. We are wrapped up in those things we have made into idols that sit in the middle of our minds and lives. We are present in body, but our spirit is distracted by all the cruft that we bring into the worship setting with us. What needs to happen is that we submit our spirit to the Spirit of God and attend to God, not the world.

Our prayer should not be that "God shows up."

It should be that the Spirit of God drives all distractions from us so that WE show up. God is already there.

But Then, Just Quit

If you follow @BillSnodgrass on Twitter, you know that I share quotes from others that seem relevant to better living and wholeness. Sometimes, however, Twitter just does not allow enough words (characters!) to fully explore an idea.


@Inspire_Us: To be successful, you must decide exactly what you want to accomplish, then resolve to pay the price to get it.

In general, provided a certain stipulation is met, that is great wisdom. Wanting something--really wanting it--is a vital step to obtaining it. Then we have to pay the price to get it done. We have to be willing to change what we do, prioritize our time, cut out incompatible other things; we have to do whatever it takes to reach the goal we have set.  Wishing that we want something is not enough--we really have to want it and do what it takes if we are to succeed. 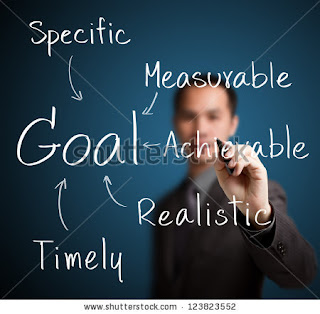 Some things we want are outside our control. No matter our effort and sacrifice, those things won't be accomplished, unless somehow we can bring them into our control.

Wanting things for other people is particularly outside our control. At best, we can create the circumstances where the other person is most likely to choose the outcome we wish for, but at the end of the day, it is the other person who will decide what action is taken.

Sometimes, we have to try several things--explore various options--until we find the goal to which our skills (spiritual gifts), interests (heart), aptitudes, passions, and experiences* are best suited. Consider the well-know account of Abraham Lincoln's string of failures prior to his success in politics.

The authors of @Inpire_Us had earlier offered another quote I also considered sharing:

Sometimes, we need to know when to cut our losses and move on. It does not mean WE are a failure. It just means that we set our sites on the wrong goal.