I personally don't have a problem with Santa. Acknowledging that the Santa tradition is just for fun puts Santa, in my view, along side Frosty the Snowman and Christmas trees. They are elements that brighten the winter just as fresh flowers brighten the summer.

However, believing in Santa--that is, believing Santa is real--can be confusing to some when it is contrasted with belief in Jesus Christ. Some will argue that when we teach our kids to believe in Santa and to also believe in Jesus, we are confusing them. We tell them, one day--oh, yeah, all that Santa stuff was not true.  What, then, are they left to think when we tell them to go on believing Jesus is real?

How do we deal with criticisms that the two icons of Christmas, one secular and one sacred, Santa and Jesus respectively, merit the same treatment with regards to belief in them? How do we respond to the premise that believing in Jesus is just as whimsical as believing in Santa?

The problem believers face is that, from a secular point of view, belief in Santa IS just like belief in Jesus. Secular historians will say that Christ is resurrected and lives on in the lives and memories of those that believe and do what He taught. He lives, from the secular point of view, because the traditions and teachings followed by those who believe in him make him alive.

This view is like saying an ancestor lives on in the lives of his or her descendents. Someone might say, "Well, little Johnny is carrying on the family traditions of Grandpa…" 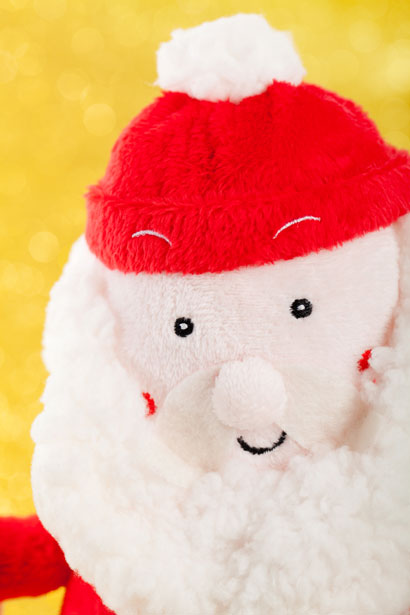 From this perspective, Santa lives on and is real, too. The traditions and ideals of Santa are carried out by people. Thus, from this point of view, Santa IS real. Santa lives because people keep Santa alive by adhering to the Santa ideals and by practicing the Santa traditions.

This point of view will heretically insist that Christ was resurrected only in the memories and obedience of the early Church, and that Christianity is the hand-me-down legacy of that first encounter with Christ. Using that same line of reasoning, if the ideals of Santa are carried out, then Santa lives on, too, and thus, Santa is real just like Jesus.

But belief that Christ is real is dramatically different from believing that Santa is real.  It is two entirely different things.

The difference is that Christ, indeed, rose from the dead, and the Spirit of God works in the world. It is a real, spiritual thing. It is not just the ideals and practices that make Jesus Christ alive and real. The truth is that Jesus is alive and real independent of anything believed or done by people. This fact draws a sharp distinction between Santa being real and Jesus being real.

Jesus does not depend on humanity to be real; Jesus is alive and real, with or without humanity's belief or practice. Santa, on the other hand, is alive and real only because people uphold the Santa ideal and perpetuate the Santa tradition.

People uphold the ideals of Christ and adhere to Christian practice, not (as in the case of Santa) to make Jesus real, but rather because Jesus is real.


Take care not to compare the giving of gifts from Santa to the God's giving humanity his Son, Jesus Christ. The Santa tradition insists that he gives gifts to the good girls and boys. God's gift is given by grace through faith, not as a result of any good behavior on the part of a person.


There is a theology starting in modernity and continuing now that is true, but dangerously close to embracing heresy. Bonhoeffer said that the Christian church, filled with God's Spirit, is the way God works in the world today. He called the Christian church the visible community of God empowered by the indwelling Spirit of God to be the hands and voice of God. Post-modern language extends this to say that the Church is the current incarnation of God. That we Christians, indwelled by God, are God to the world.

I'm mostly okay with that language. But, if one dared subtract the indwelling Spirit of God, we are back to "God is alive because people practice the ideals and traditions.... blah, blah, blah, etc." We end up dangerously close to the premise that Jesus (or Santa) is alive and real because people make him so.

Let there be no mistake: God is alive and real, and not because of what we do! God has tasked believers to be servants, not for God's sake, but for theirs.

Posted by Bill Snodgrass at 6:00 PM No comments:

Last week, the United States celebrated the holiday, Thanksgiving. Sandwiched between Halloween and Christmas, it seems this once-sacred holiday has become, for many, little more than a feeding frenzy before the shopping apocalypse now known as Black Friday.

With the Halloween decorations, in recent years, sharing shelf space with Christmas decorations, my sons and I started calling the period of time from mid-October to December 26 "Halgivemas"--two months of commercial gluttony abandoning anything remotely resembling the historical origins of the holidays contained within.

Even Halloween, in its inception, had a religious connection. It was the eve of All Hallows' Day, a day set aside to remember the saints. However, my "bah, humbug" is centered, not on the trick-or-treat tradition, but on the decline of Thanksgiving and Christmas.

The history books of my school days taught us that Thanksgiving was founded by the pilgrims--a group of highly religious people, the Puritans--as a way to show thanks to God for getting them through the early days and near disasters of their colonization. (Historical revisionists of the Twenty-first Century will critique this on many levels, pointing out the errant ways inherent in the practice of colonization, but that critique does not erode the Puritans' stated intent--to show thanks to God.)

What began as a religious observance, by the mid-Twentieth Century, was beginning to become a time to be thankful, less for God's blessings, but rather to be thankful for family and friends. Sports events and parades begin to take part in the day, giving people something with which to fill the time. After all, a whole day of giving thanks is a long time, right? By the turn of the Twenty-first Century, the religious aspect of Thanksgiving had all but been marginalized. Surely the Puritans would never have imagined that the day of thanks would require some people to have a designated driver to get them to and from the gatherings. 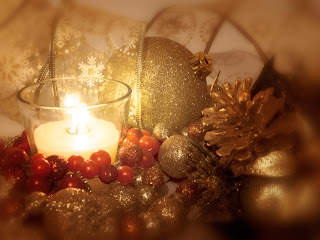 Now, the day after Thanksgiving marks two events--Black Friday and the beginning of what most call Christmas. Before the leftovers are eaten or thrown away, people of the United States have moved on to getting ready for Christmas. Seasonal decorations come out, seasonal music begins to play, and people go into hyper-consumerism mode.

Central to the current celebration of Christmas is the exchange of presents. This exchange necessitates the purchase of presents. Retailers thrive at this time of year, needing, in fact, to hire more people to handle the escalated shopping.

Indeed, many will include church services in their attention to the season. Yet, for many of those who include church, it is second to the parties and the presents.

What is lost starting with Black Friday is that Christmas marks and celebrates the birth of Jesus Christ. The season starting four Sundays before Christmas (right after Thanksgiving) is actually the Advent season, the period of the year that we look forward to the Christmas season. It is a time to reenact the coming of Jesus Christ. Believers were meant to spend this time preparing themselves for the day when Christ's birth--the incarnation of God into the world--would be celebrated.

THEN for the next twelve days, Christmas season is to be celebrated. But most people in the United States, by the first day of Christmas, are so tired of everything, they take down all their decorations and start making plans to celebrate New Year's Day.

The whole purpose Christmas, the celebration of God's gift to humanity, is lost to the practice of giving gifts to each other. The important sacred moment is lost to the commercial, secular ending of Halgivemas season!

Church historians will tell us that Constantine appropriated the calendar period of a pagan holiday to celebrate the birth of Christ. People were already accustomed to celebrating at that time, so he adapted that celebration to a sacred celebration.

This change reflected the shift, at that time, of society's attitude toward an acknowledgement of the central importance of God in the lives of humanity.

So what does society's attitude shifting away from the sacred to the secular tell us?

Posted by Bill Snodgrass at 12:58 PM No comments: