Beyond the Syllabus: What Else Students Should Learn From School

As my return to the high school classroom nears the end of my first year, I have had some interesting conversations with some of my students. Few of these conversations had anything to do with the content of the class I taught, but were, nevertheless, important.

In this blog post, I want to highlight some things every student should learn from being in school. While this might be directed to students, teachers and parents should take a look, too. The education process has affects far beyond what is contained in the syllabi.

You don't get to just exist in the world and never face consequences. If nothing else is learned from a physics class, learn this: every action has…a reaction. In life, it is not always equal and opposite, but anything you do has consequences.

If you do something you are supposed to do, you should be pleased with yourself. You are accountable for the good you do. Even if no one on earth acknowledges what you did, you should count the good you do as credit to yourself. Not every good deed will be rewarded, but doing good to those around you, even when they don't deserve it, is the best justification for being alive.

If you do something you shouldn't, you are accountable for that, too. Accept the consequences of your poor choices. Acknowledge when you make a mistake and learn from it. Far too many people want to pass off all of their bad choices on others. They want to blame their past, or their friends, or society, or the media. The bottom line is that you make choices, and choices come with consequences, and you are accountable for them.

In a society riff with passing the buck and pointing blame on others, accountability is not very popular. Truth is, you are accountable for what you do and also for what you don't do. You can't really blame anyone for the choices you make, and when you chose well, you are allowed to be proud of the outcomes.


You have to figure out how and when to use your "pocket technologies" in a way that advances you and your goals.

Most students and teachers in my building have, in their pocket, a device with more power and more functionality than, when I was in school, anyone could have imagined. Smart phones are more the norm than the exception, and they link students to each other, their families, a wealth of information, and a vast, vast arena of distractions. 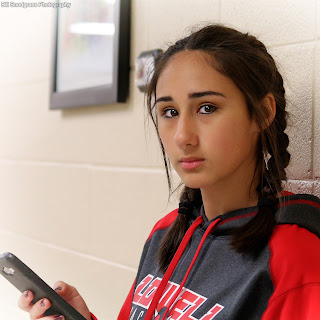 There is little doubt that what I like to call "pocket technologies" are here to stay, for at least a while. I have been on conference calls where clients are paying over $100 an hour for consultation, and one or more of the participants were connected through an iPhone or a tablet. The business world has embraced the potential of electronics and have found ways to enhance productivity through them.

At the same time, they offer unprecedented connectivity to friends and family, as well as colleagues. They offer a vast array of entertainment options. To deny their social impact is to burry your head in the sand.

As a student, you need to embrace that pocket technology is not just a toy. It is a tool. One of the most important lessons you will learn in high school and college is how to use them effectively and in a way that does not inhibit your ability to do what you are supposed to do. You will have to learn when it is okay to play your game and when it is not; when is an appropriate time to use social media and when is not.

In your future, you will find that there are times that you can check your social media that does not interfere with your work. Yet, there will be other times that it does. Learning the difference is vital and begins… as soon as you power up.

You don't get to do whatever you want. If that were so, you could just steal things from anyone. But because people are inherently valuable, you have to forfeit your right to steal, to assault, to murder.

People deserve to be respected. Even if they are different from you, even if they disagree with you. Respecting people does not make them right. It makes the valued.

There is a cliche that says your right to swing your fist ends at the end of another person's nose. There is a lot of truth in this.


Not everything is right. There are a lot of things that are wrong.

Far too many people in the 21st Century want to sit back and say they have no place to judge… anything. The harsh reality is that some things are just, flat wrong, and no matter how many people think otherwise, they are still wrong.

An extreme, made-up, example: Cannibalism of your neighbors is not right. Sorry… You don't get to invite people over for dinner and eat them. No matter how many people think this is right, it's not.

Thus, just because a lot of people think something does not make it right.

Other people are often wrong. So are you! Find away to live among all the mistaken people that still upholds respect and dignity.


Just because you believe something does not make it right.

I once made teeshirts with that on them. A lot of parents bought them for their teenagers!

See above! Not everything we think or believe is right. We have to be openminded, ever seeking truth, ever looking for flaws in our way of thinking.


Just because you don't believe something doesn't mean it is not true.

Again, closed-minded thinking will be a problem. You need to open yourself up to different ways of thinking.


You have to follow the laws. If you don't like the laws, work through the system to change them. It's called civilization.


You are responsible for what you learn.

Not your teachers. Not your friends. Not your parents. Not society. Not the media. You.


You can be surrounded by 1000 books, two gurus, five sages, and have access to the whole Internet, but if you don't make the effort to seek knowledge and skills, the lack of gains is your fault. 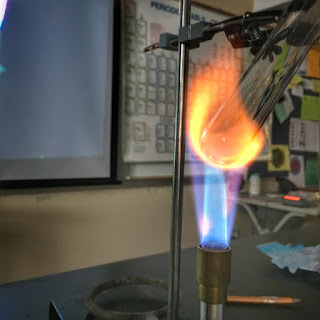 I was once told by a professor that education was like walking in an apple orchard. You can settle for the apples that fell to the ground or the ones handed to you, or you can climb the trees, shake the branches, and get the ones growing at the top. The choice is yours.


You are your best teacher.

If you want to know something, you are the best at finding out how to learn something. When you need to know how to do something that is important to you, you will be motivated to learn it, and when that happens, you will learn it well.

The trouble is, you don't know all the fundamental pieces you will need to understand when the occasion occurs that motivates you. Thus, you have to grind through things that you probably won't like in order to get to the things you do.

You might have to (metaphorically) walk a long way before you come to the tree from which you want to pick apples!

You need to approach every opportunity to learn something as if it will be important, later. It probably will be, at some point.


Think. Then think some more.

The number of things in life and in academics that make sense on their own is surprising. Just because no one has ever taught you how to do something does not mean you can't figure it out on your own. If you know only a few basic things, you can probably figure out how to change a flat tire. So too, many things—if you stop and think about it—lend themselves to discovery.

The ability to solve problems is vital to the advance of civilization. Developing that ability begins by trying to solve every-day problems as they come up.

Learn to think and to use your experiences to overcome problems you face. You need not depend on someone coming to rescue you every time something comes up.


Learn from your mistakes.

Over the course of my life, I have done things many times after which I have thought how differently I would do them if I needed to do so in the future. My son built an elevated flower bed. He showed me how he had failed to account for certain things, but when he built a second bed, he corrected his mistakes.

Mistakes, as hard as they are to face, teach us how not to do things in the future. Failing to learn from a mistake is a sure way to repeat it.


No one is going to do everything for you.

Independence is not the same as rebellion, though. Independence does not mean going against the "system" or fighting against parental guidance. Independence is learned over time by incrementally accepting responsibility for your own actions and being accountable for what you do (and don't do). (See above!)

No one can do everything by themselves.

Create a way of living that is open to others. Live so that you nurture others and build them up. Live so that people feel respected and honored by you. Live in such a way that you challenge others to be better versions of themselves.

And expect those around you to do the same.

Posted by Bill Snodgrass at 2:56 PM No comments: