Not long ago, some work was being done at Visible Music College--Chicago, where I serve on the staff. One day, some workers came by to load up about a half ton of old metal desks to be salvaged as scrap.

As they started the loading process, one of the two men carefully lifted a box fan out of the truck and placed it tenderly on the ground by a shovel they use in their work. 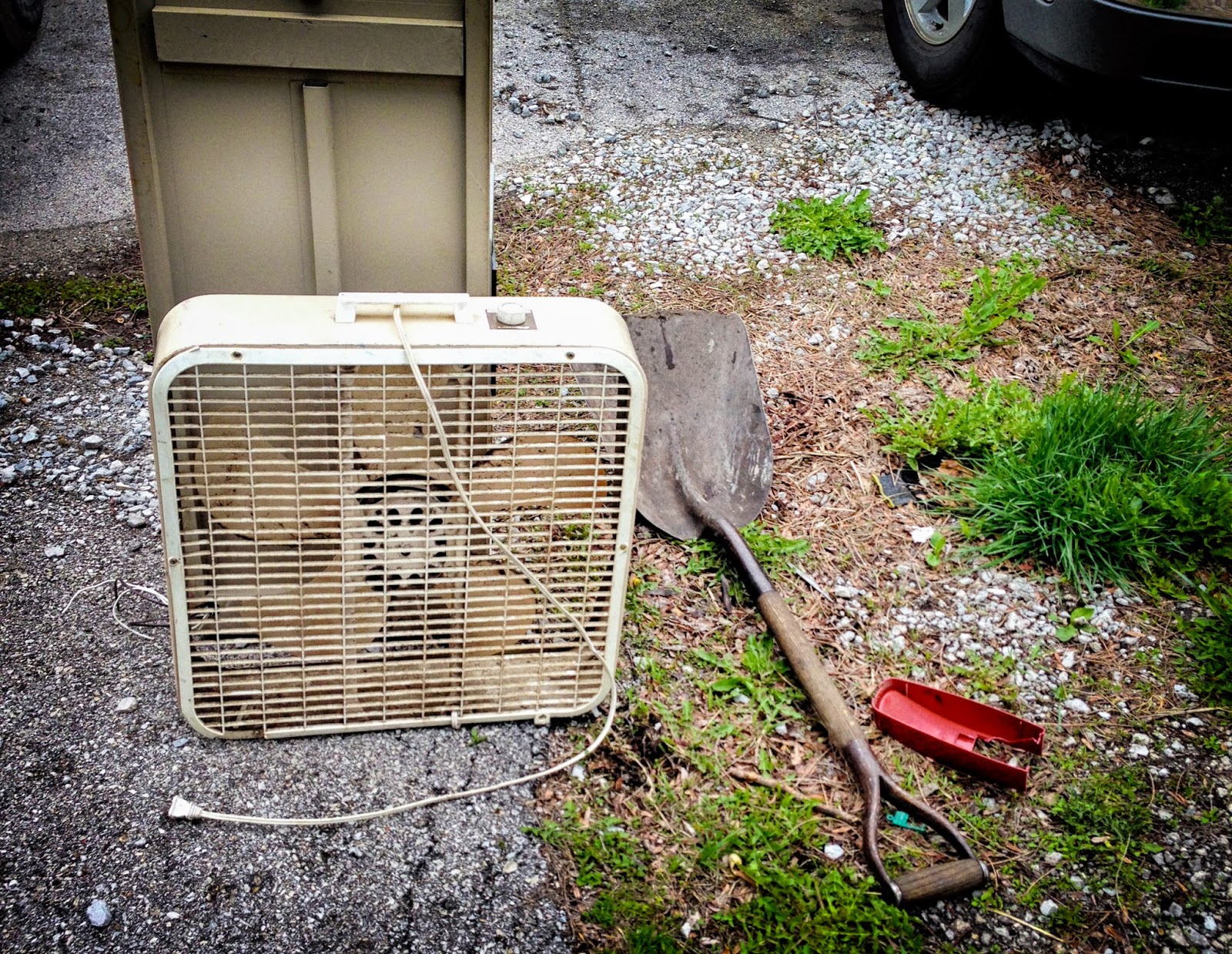 He didn't want a new fan.

"This is all I have left," he explained. He went on to describe how hard luck had fallen on him, and he was, with his work partner, trying to get by. The old fan was all he had left from his former situation. But he wasn't bitter. He accepted his part in his demise and was resigned to start anew.

His words moved me as I slipped my $700.00 (if I didn't have a contract) phone out of my pocket to take a picture.

I live in such a way that I am comfortable by ANY standards. I push my income to the limits and need nothing. I have some luxury items, of course, and justify having things like a DSLR, up-to-date tablet, and fancy screens for my computers. Yeah, that last word is plural. In contrast to the owner of the fan, I live like royalty. Most of us do. I am sure I am not the only one to be mostly blind to conditions of others around me.

Yet, despite being in a hard way, the fan's owner had not give up. He was doing what he could to start over.

His work partner's word's moved me more: "I'm trying to help him get back on his feet. It's been a hard time for him."

But [Name Omitted] is far from living the high life. Yet, he is doing what he can to help his work partner. At $50.00 for a half-ton load, the going is slow.

Long after they left, I was haunted by my interaction with these two men. I shared this anecdote with my son, who happens to work at a salvage yard in another city.

"Dad, I see stuff like this every day. Guys coming in with $8.00 loads three times a day trying to feed their families."

But hearing my story, he added, "I won't look at customers the same after this."

These two guys--indeed, with troubles and problems, some resulting from their choices--have been on my mind in in my prayers for a few weeks. My words here come so short in painting the full picture, but I don't think blog readers would attend to many more.

I am going to take a chance and call them ([Name Omitted] has a phone for their salvage services.) and invite them to lunch, my treat. I don't know if they will accept, but I am going to ask.
Posted by Bill Snodgrass at 6:10 PM 1 comment: